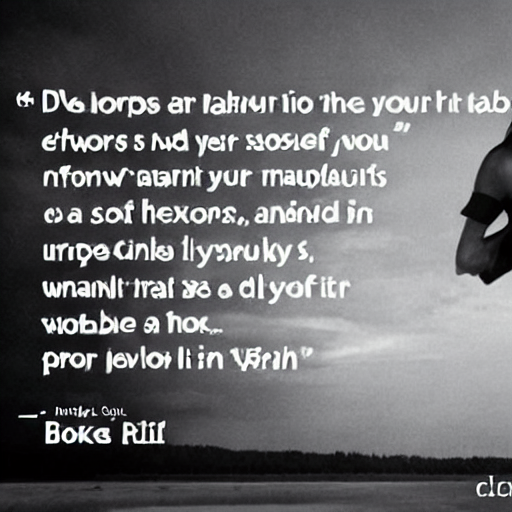 "Beware of thinkers whose minds function only when fuelled by a quotation." - Emil Cioran

Quotes, mostly with no context. I include anything here I find interesting, even if I don't agree with it.

If the chance that one person can save the world is one in a million, then there had better be a million people trying. Nate Soares

Everything inside Keltham's mind has a very trained feeling to it, his moment-to-moment thought-motions each feeling like a punch that a monk throws after twelve years of experience in martial arts, when the monk isn't particularly focused on showing off and simply knows what he's doing without thinking about it. Mad Investor Chaos

You have to learn to say no, not because you don't want to, but because if you say yes you're saying no to the things that are really important. ALE

Now I will have less distraction. Leonhard Euler, upon losing the sight in his right eye.

One book, burned in the heart with wax is worth a thousand in the stacks.

Your sword has no blade. It has only your intention. When that goes astray you have no weapon.

The AI does not hate you, nor does it love you, but you are made out of atoms which it can use for something else. Eliezer Yudkowsky

Do I not destroy my enemies when I make them my friends? Abraham Lincoln

People can stand what is true, for they are already enduring it. Eugene Gendlin

If we continue to accumulate only power and not wisdom, we will surely destroy ourselves Carl Sagan

I'm not upset that you lied to me, I'm upset that from now on I can't believe you. Friedrich Nietzsche

It never ceases to amaze me: we all love ourselves more than other people, but care more about their opinion than our own Marcus Aurelius

If you meet a loner, no matter what they tell you, it's not because they enjoy solitude. It's because they have tried to blend into the world before, and people continue to disappoint them. Jodi Picoult

Game theory, despite its name is really not fun Connor Leahy

Those who take delight in their own might are merely pretenders to power. The true warrior of fate needs no adoration or fear, no tricks or overwhelming effort; he need not be stronger or smarter or innately more capable than everyone else; he need not even admit it to himself. All he needs to do is to stand there, at that moment when all hope is dead, and look upon the abyss without flinching.

There is no need to be alone to stand alone.

In after years I have deeply regretted that I did not proceed far enough at least to understand something of the great leading principles of mathematics, for men thus endowed seem to have an extra sense. Charles Darwin, Autobiography, 1887

When something is important enough, you do it even if the odds are not in your favor. Elon Musk

Usually, when things suck, it's because they suck in a way that's a Nash equilibrium.

Genius is the infinite capacity for taking pains

Being an entrepreneur is like eating glass and staring into the abyss of death. Elon Musk

The heroes have to win every time. The villain only has to win once

It's not paranoia if they really are out to get you

If you're doing nothing wrong, you have nothing to hide from the giant surveillance apparatus the government's been hiding. Stephen Colbert

Your vote is a consent to your slavery George Hotz

We’re here to put a dent in the universe, Otherwise why else even be here? Steve Jobs